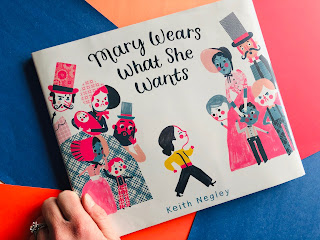 Over the past couple weeks my daughter and I have come across a couple of books that really caught our attention. Mary Wears What She Wants is a beautiful book outlining the life of Mary Walker and her courage as she was one of the first women known to wear pants in a time when that was forbidden. People said women are supposed to wear dresses, that's just how it is. But logically, Mary said she should be allowed to wear whatever she wants, they aren't "boy" clothes, they are her clothes and she is more comfortable and can run faster in pants. It was when I heard my daughter say "That's silly, girls can wear pants or whatever they want" that I hesitated. I realized that to say that this concept was long forgotten once Mary Walker decided to wear pants would be an outright lie, because...let's take a look at the flip side. 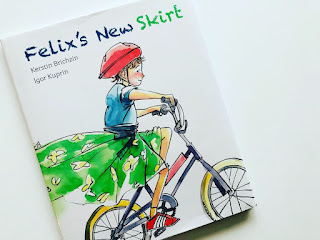 Moving to a modern day book entitled "Felix's New Skirt" about a child who wants to wear a skirt to school. His parents are nervous for him to do so and his father encourages him to wear pants because people won't understand. This is today, and Felix would like to wear a skirt but showing up at school or walking around in public people say that it's "wrong" and largely frowned upon. So, how far have we come really? 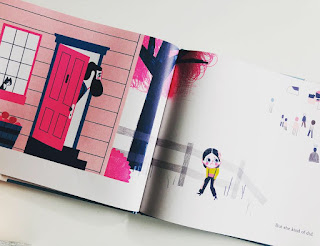 I attended a high school that said girls couldn't wear pants when they attended mass, they framed it as "we have to dress respectfully" but somehow girls in jean skirts and hoodies were more respectful than girls in a pair of black slacks and a nice blouse? Lycra material was banned from girls shirts because they made them too form fitting....did they have anything to say about the material in the boys clothing? None of it ever really added up. Still to do this day, it doesn't really add up. Rather then spending time making girls aware of their strengths, encouraging individuality, allowing boys to be open and expressive, our society is clinging tight to these pre-labeled boxes and when the person designed for the box you want to put them in doesn't match the label people are beside themselves. 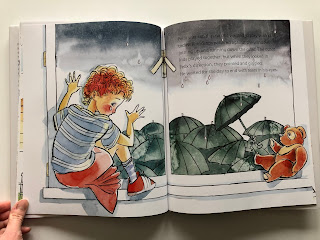 Well, let's just step back and take a note from Mary. Pants are comfortable, she likes them, she wears them. I can only hope that in time, the modern day Mary Walkers and all the Felix's will put on their pants, dresses, skirts, jumpsuits, rompers, whatever they please and we can all just go about our lives and appreciate the culture of acceptance we have created. The world is a much more beautiful place when the judgement subsides and individuality can thrive. 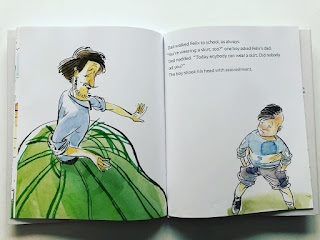 Popular posts from this blog

Macaroni and Cheese in the Bathtub

February 21, 2019
" Peace is being different, feeling good about yourself, and helping others. The world is a better place because of YOU! Love, Todd"         I was talking with my husband the other day about how excited I was to team up with Todd Parr for some giveaways and general appreciation of this published works. Then, mid-sentence, my husband stops me and says "wait, like...macaroni and cheese in the bathtub Todd?!" Not only did I appreciate his enthusiasm, I also really appreciated the fact that we have read Todd's books so many times with our children (and for me, with my students) that " macaroni and cheese in the bathtub " makes complete sense to both of us.        Before becoming a stay at home mom (by day) I was a full time elementary school teacher. My first two years of teaching I taught first grade, and then went on to teach both second and fifth grades. Todd Parr's The Peace Book  is one of my all time favorite books as a teacher and now
3 comments
Read more

July 15, 2019
Photo by Glean and Co. Photography           Let's face it, searching for books can be hard! The library is a fun place to go, and ideally a great family outing. But what if you went to the library in search of books on a specific topic or theme for an upcoming month and now the kiddos are just not having it. Your trip to the library is rapidly dissolving into tears, requests for snacks, and chasing a baby around in circles... Well, I like to always have some books on hold that I know I'm excited to read, so even if all of that happens (and more!) I know we are walking out with at least one good book. So, here's my attempt to help you all (and me!) focus our library trips and at the same time, make sure we never miss out on a topic or holiday coming up. Photo by Glean and Co. Photography Each month here on the blog you will get access to a list of books you may want to read that month. The list will include books about the seasons, themes for that time of
2 comments
Read more

August 14, 2019
Photo by Glean and Co.  Oh how I love September. It's a time to welcome Fall and all the wonderful things that come along with it. The start of school, yummy pumpkin flavored everything, and all the scarves. Most of all, there are so many great books that you get to read this time of year, and I am excited to share our September list with you! Photo by Glean and Co.  This month has a lot going on, but the main categories are: -The O fficial Beginning of Fall -First Days of School -Hispanic Heritage Month -Holidays and "Holidays" ( Including Rosh Hashanah and Grandparents Day) So let's dive in! As always I will give you a little info about each, but if you trust my reasoning and just want the "Grab and Go" list, you will find that down at the bottom of the article. The Official Beginning of Fall: Tiny Perfect Things by M.H. Clark is the perfect companion to a fall nature hunt. I would read it to my kids or a group of stud
2 comments
Read more